What Are Hazardous Sources

What Is a Hazard 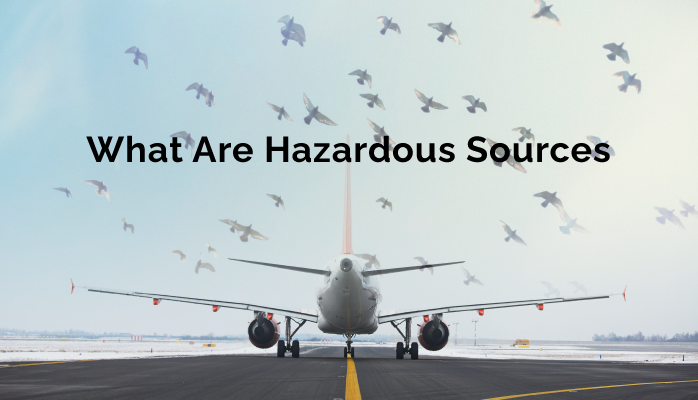 A hazard in aviation risk management is a condition that poses danger to your organization, and can lead to safety incidents if not mitigated. Hazards are central to the entire risk management process. Often, hazards are either confused with risks (i.e., accidents) and hazardous sources. We will explore what hazardous sources are and how they differ from hazards in this article.

First, let’s distinguish what a hazard is. A hazard is a term that satisfies ALL the following real-life conditions:

For example, the Federal Aviation Administration (FAA) defines a hazard as,

Though it is sometimes confused as other things, such as below, a hazard is NOT:

The only point where different organizations may disagree on a hazard for a given situation is what part of a safety event was the “dangerous condition.” We advise you seek guidance from your compliance authority on this point.

What Are Hazardous Sources

Benign objects (hazardous sources) can become hazards in the right context. For example, a tower is not a hazard. But a tall tower in proximity to a flight path is a hazard. Notice that in this case, a hazardous source (tower) became a hazard when given context (height, location).

Distinguishing the difference between a hazard and hazardous sources will help you build your classification scheme and analyze safety issues.

What Is a Root Cause (Hazardous Mechanism)

See the difference? The tall building posed no threat, but certain mechanisms (storm and leaving flight path) caused this source to become dangerous.

What Is the Difference between Hazard and Hazardous Sources

Hopefully you see the difference between a hazard and hazardous sources. Let’s compare the main differences: