Real Difference between an Aviation Safety Audit vs. Inspection

Interesting Discussion on Audits vs. Inspections 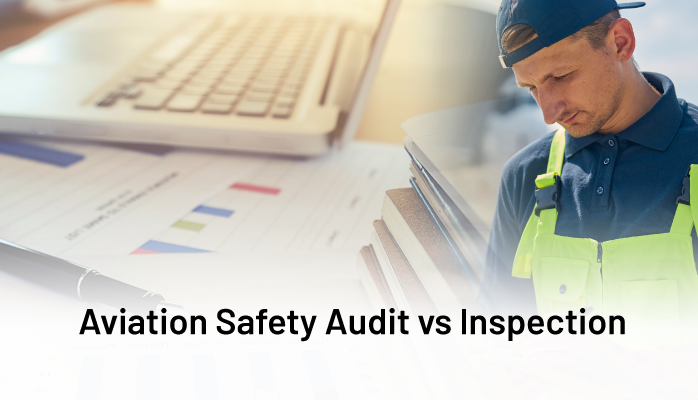 It took a while to come to a consensus about the primary differences, as well as the ideological implications of each. The discussion got me thinking, and I did some further research.

More than simply understanding the practical difference between the two, it's important to understand the ideological differences between safety audits and safety inspections as well.

I’m certainly not an “expert” on safety inspections and audits – so I’m curious to see how aviation safety auditors and inspectors weigh in. While there are obvious differences between the two, it's easy to get a bit tongue-tied trying to actually describe the difference, especially because the processes involved in their tasks are so similar.

Purpose of an Aviation Safety Inspection

In each case, an inspection’s focus is front and centered on a particular aspect of safety to make sure that it is functioning as it should: safely. A great analogy would be a clock. An inspector isn’t interested in the functionality of the entire clock. He or she is interested in assessing how each part is working.

Purpose of an Aviation Safety Audit

If safety inspections are a front and center look at something, safety audits are the “32,000-foot perspective” to see how the system performs overall. Things like:

To use our clock example, an audit would look at the performance of the watch as a whole. Is it working? How well does it keep time? Does it have any serious problems?

In so many ways safety audits, such as a Line Operations Safety Audit (LOSA), are about assessing the bureaucratic accountability of an aviation organization’s SMS. The assumption – and I think one that is debatable – is that: audit = safety.

That is to say if an SMS' bureaucratic process performs well under an audit, then their organization should be following through in actual practice, and furthermore should maintain a healthy level of safety.

Another line of thought is when operators possess all the elements of an SMS, then there will be less resistance to actually practicing SMS risk management processes. As we have seen, just because an operator has an SMS, the safety culture prevents the operator from realizing benefits.

Obvious Difference between Inspection and Audit During my discussion with the safety managers, our initial confusion in parsing the differences between safety inspections and audits was establishing good terms.

An aviation safety audit is basically a series of inspections.

An inspection is essentially an audit of one piece of an organization. Hence the clock example from earlier, which is an easier way of understanding the difference between the two of them.

In addition to being a different process, the concerns of safety audits and inspections are naturally different as well. Inspections aren’t necessarily concerned with bureaucracy so much as they are concerned with individual dependability. Audits require an individual assessment of the risk management processes behind an SMS to make an overall judgment about how closely organizational structures adhere to requirements. 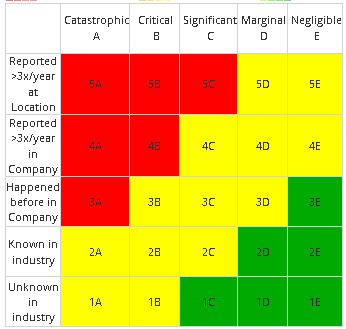 An important ramification regarding inspections is the idea of their focus on reliability. Is this airplane safe enough to fly? Are flight logs consistent? And so on. It’s important to note their concern with reliability because reliability is often associated with replicability: the same process produces similar predictable outcomes.

This will be true most of the time. But the hallmark of highly reliable SMS implementations is that they remain alert for unexpected circumstances because past successes (i.e. an inspection) aren’t future guarantees.

The same holds true for audits. An organization’s risk management policies and procedures may pass an audit with flying colors, but if there are serious problems within an organization that cannot be accounted for in an audit, such as:

The ramifications of audit and inspection’s concerns are that neither one is an indicator of safety resilience, which is to say that safety will not fail because of an individual component breaking in a system.

Newer SMS implementations will strive to be compliant and pass inspections.

For mature, performing SMS implementations, the fact that inspections and audits have opposite ideological differences means that taken together, such an organization can have some insight into the historical performance of its SMS, and prepare for the future using predictive risk management activities.

Audits and inspections should be viewed as a starting point for digging deeper into the functioning and performance of a safety program. Resilient, mature programs are diligent in passing inspections and audits but move forward in developing their own custom metrics for the safety of their program.

Such custom metrics should follow a similar ideology to inspections as upfront and personal analysis of one aspect of their safety program. They should also look at the actual functioning of the program as a whole.