How to Use Hazard Reporting Forms in SMS 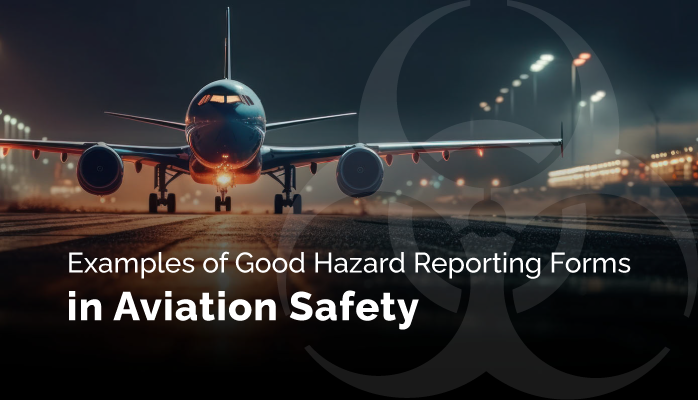 You can’t really overestimate the value and usefulness of having high-quality hazard reporting forms.

Hazard reporting underpins your ability to acquire data, which is the basis of most of the continuous improvement changes you make to your aviation SMS.

The quality of hazard reporting forms depends on the form fields that are included in the form. Good forms have:

Here are examples of good hazard reporting forms and the form fields that they might include.

Information That All Hazard Reporting Forms Should Have

First, there are some pieces of information that all hazard reporting forms should have. These are basic data that are useful to know about every report:

This information will be useful in every single report. In your organization, there may be additional things worth having on every form as well.

Form Fields to Include on Airport Safety Report

Airport safety forms are useful for airports, naturally, but also for private operators on private runways, client facilities, or operators who may experience “airport-like” issues. 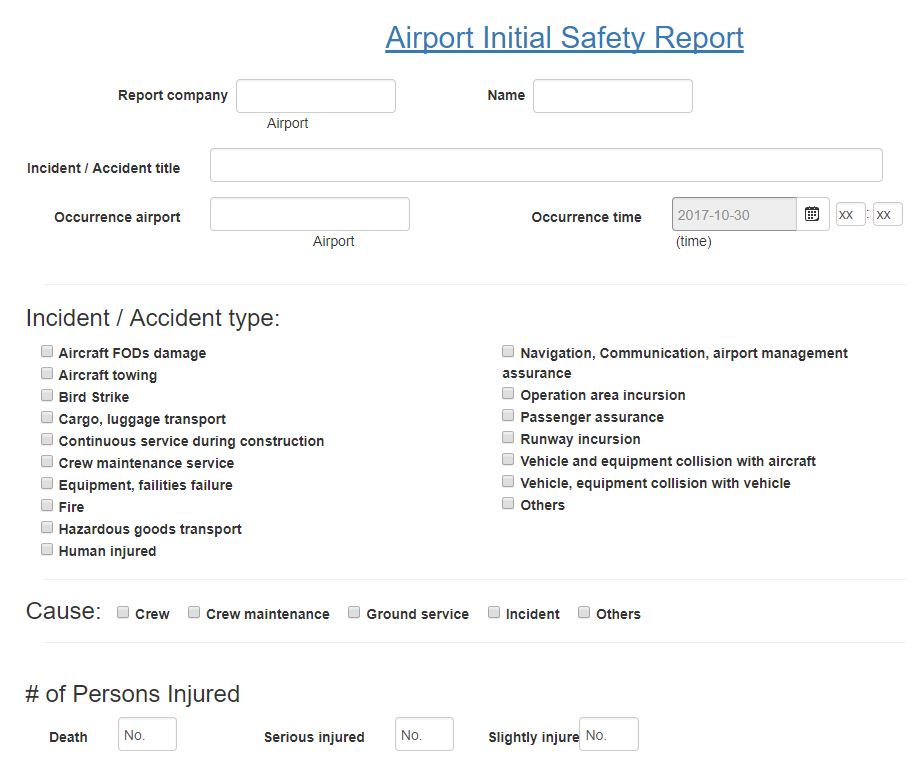 Form fields to have on such a form would be:

Form Fields to Include on Cabin Safety Report 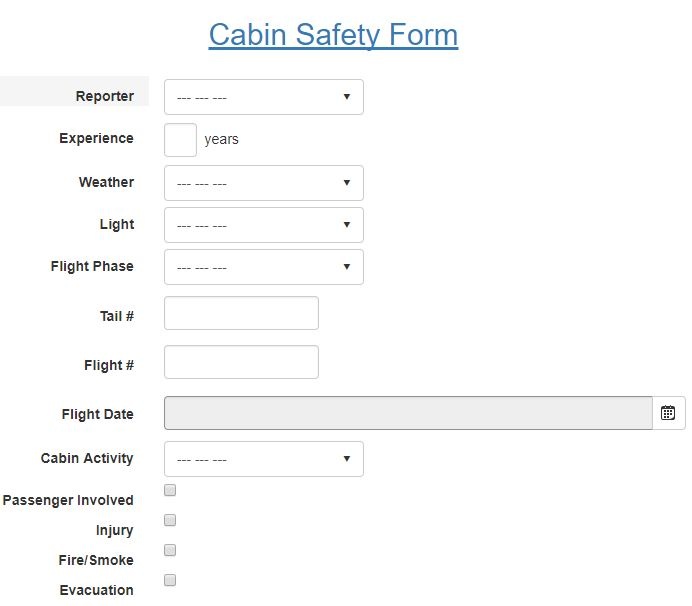 Cabin safety reports are critical reports for aircraft operators. They give the cabin crew the opportunity to report issues that are specific to their operations. Good form fields for these reports are:

Form Fields to Include on Captain's Trip Report 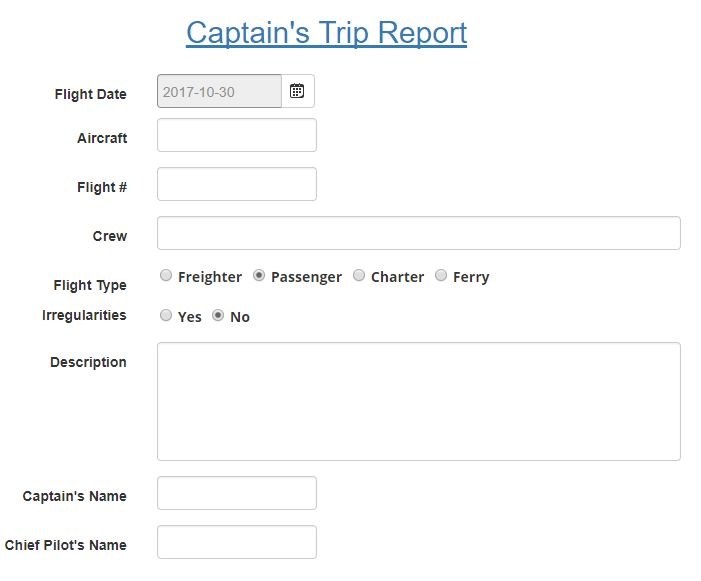 Form Fields to Include on Maintenance Report 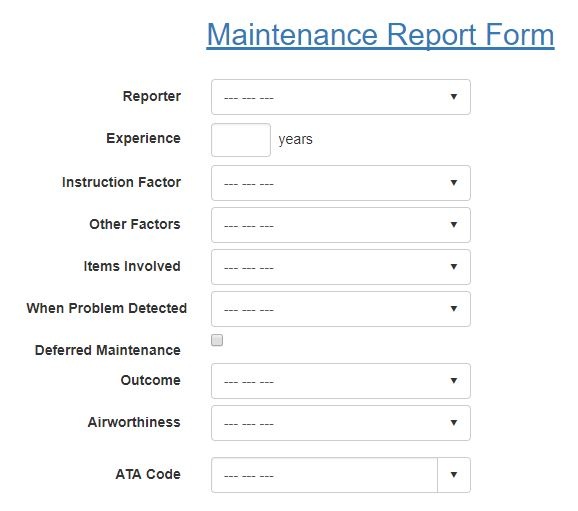 Because nearly all aviation service providers will interact with aircraft or machinery on some level, maintenance reports are nearly ubiquitously useful in aviation SMS. Good form fields to have on these reports are:

Form Fields to Include on Security Officer Report 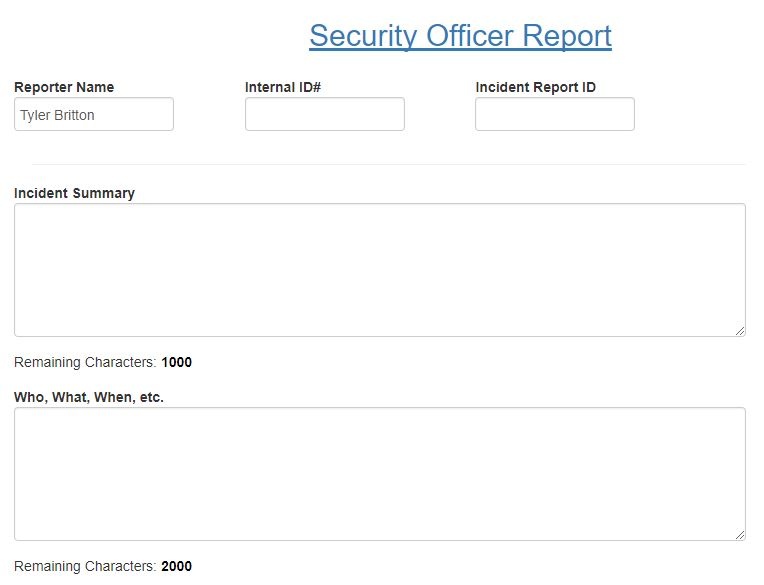 Many aviation service areas have designated security teams or officers who manage security. These reports are very useful and surprisingly simple, needing fields for:

Form Fields to Include on Air Traffic Control Report

Like security officer forms, air traffic control forms are a niche type of form that is extremely necessary for ATC operators. They too only require a few necessary form fields:

There may be other necessary fields depending on the airport.